What is KMM Bridge?​

KMMBridge is a Gradle plugin by Touchlab that aims to simplify the process of pushing a Kotlin Multiplatform SDK binary to a remote repo, which allows iOS developers to use the shared SDK without installing the Kotlin toolchain or building the Kotlin code on every app build.

If you and your team are ready to embrace Kotlin Multiplatform Mobile, we’re here to provide any help you might need. Let’s start up a conversation about how we can make your KMM adoption speedy and efficient!

What is this Sample?​

This sample project showcases our typical project setup for adding Kotlin Multiplatform Mobile code to existing separate Android and iOS apps using KMMBridge. We keep the Android app and the shared code in the same repo and keep the code to an absolute minimum with no dependencies so the project will build faster to speed things up when playing around with custom publish config. To see how to set up a project that keeps the Android app in a separate repo and uses a more realistic structure in shared code, check out the article Quickstart Guide to KMMBridge

The basic KMMBridge sample is split into four repos rather than being a monorepo to emulate the trend we’ve seen. Teams adopting KMM into existing apps have been publishing a KMM library from one repo for iOS apps in other repos to consume. The four repos are:

This repo demonstrates the usual first step for a larger team that wants to try out Kotlin Multiplatform: putting new or existing Kotlin code in a shared module in your Android app repo. This repo also has a standard Android app module that depends on the shared code through a Gradle project dependency.

The shared module is a Kotlin Multiplatform module and targets android, ios, and iosSimulatorArm64; declared in the kotlin block of the build.gradle.kts.

In the kmmbridge config block, we set publishing both with both Swift Package Manager and Cocoapods. For your project you can just include one or the other based on your team’s needs. It also uses githubReleaseVersions to autoincrement versions when publishing a framework. Look over the docs for more configuration options.

Since this publishes frameworks to our GitHub org, you’ll need to fork the repo in order to publish changes. If you’re only using SPM and remove the CocoaPods publishing, this should be enough to start publishing your changes. If you want to use CocoaPods you’ll also need to fork the Podspec Repo and change the URL passed to the cocoapods(...) config above to your repo. You’ll also have to set up deploy keys as secrets in your KMM repo. See Here for instructions on that.

Once these steps are done you should be able to publish a new version of the SDK by manually running the publish job by going to the Actions tab, selecting KMM Bridge Publish Release and clicking Run workflow.

To pull down the binary and build your iOS app you’ll need to configure authentication with GitHub Packages. This can either be done in your ~/.netrc file or through Mac’s Keychain Access. Once you get a PAT string from that, create or open ~/.netrc and add this with your username and the PAT that was created:

If you want to use Mac’s keychain to manage access, check out this blog post for more details on setting that up.

Since the base KMM repo is public, you should be able to clone the spm sample repo and run it. When you build the app it will look at the Package.swift file in the root of the Kotlin module to get the url for the most recent version of the SDK then it will download the framework from that URL and include it in the project’s build.

To get changes to the Kotlin code you made in your fork of the repo, you’ll have to change the SPM dependency to that repo. To do this first remove the existing dependency by selecting the project, clicking Package Dependencies, clicking the package, and hitting the minus button.

Next, add your repo as a new dependency by clicking the plus button, pasting your repo URL in the search bar, and clicking Add Package. Double-check the version rules to make sure it will grab the version you want. If you’ve already run the publish job in the Kotlin repo, SPM should pull the SDK in with your changes, assuming you selected the version correctly. If you publish a new version and want to pull it, you can right-click shared in the sidebar and click Update Package to pull in the most recent version.

If you want to build the Kotlin code locally and test in the iOS app without publishing every change, check out this document on the SPM local dev flow.

To run the CocoaPod based iOS app, clone the sample repo and run pod install in the root of the repo to download the SDK, then open the xcworkspace file and run the app. pod install will look in https://github.com/touchlab/PublicPodspecs for a podspec matching the version specified in the Podfile and download the framework it points to.

To pull in changes you made to the Kotlin code with CocoaPods, you’ll need to edit the Podfile to point to the Podspec repo you created. Then run pod update again and reopen your workspace file. We use ~> 0.6.0 to tell CocoaPods to use the highest version above 0.6.0 up to but not including version 0.7.0. Since we set the version prefix to 0.6.0 in the kmmbridge config and automatic versioning, every publish will get a new patch version for CocoaPods to recognize.

To build and test Kotlin changes locally with CocoaPods, check out this doc on the CocoaPods local dev flow.

If you have questions, don’t hesitate to reach out! You can head over to #touchlab-tools on the kotlinlang Slack or fill out the Contact Us form on the site. We look forward to hearing from you! 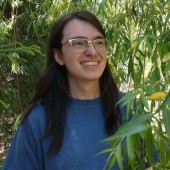