Last fall, touchlab was approached by long-time friend and founder of Open mHealth, David Haddad, to build the Android version of Apple’s ResearchKit™. Founded in 2015, Apple’s ResearchKit is an open-source framework that gives researchers from health institutions the ability to develop research apps and gather information from users – but only those with iPhones. Led by Deborah Estrin of Cornell Tech’s Small Data Lab and funded by the Robert Wood Johnson Foundation, ResearchStack strives to bring the framework and research to over  85 million Android users across the United States. With ResearchStack, users will be able to opt into studies and provide accurate survey data to researchers and doctors. Health institutions in turn now have a framework that stores and analyzes collected data, substantially cutting down the time and knowledge required to digitalize health.

An overriding goal of ResearchStack V1 is to help developers and researchers with existing apps on iOS to adapt those apps for Android. Currently, the available framework limits researchers to the data from iPhone users. This leaves out a substantial chunk of the American population and could  potentially yield skewed results.

“The key to successful apps for large-scale studies, Ms. Estrin said, is to develop them for individuals as well as researchers. People, she said, have to control their health data and find it personally useful. That is what will fuel “the growing data-sharing movement,” she said, prompting millions of people to ‘contribute to big-data-derived discovery and understanding’ in medicine.”     – New York Times

Mole Mapper was selected by Estrin as the first ResearchKit app to build on the Android counterpart. Ph.D. cancer biologist, Dan Webster, developed Mole Mapper in order to help his wife monitor her moles between dermatologist visits. Estrin expressed that that Mole Mapper was the right level of difficulty for a first app. “It involves some sensor input from camera so it’s not only self-reporting surveys. That’s critical. Yet you’re not upfront dealing with calibrating different devices.”

Mole Mapper allows users to photograph and map moles to zones on the body. It also monitors changes in the mole size over time, relative to a reference object such as a coin. Users can keep photos on the app to share with their medical team. Alternatively they can transmit photos and survey data to researchers for analysis through a consent process on the app.

It will help gather data for melanoma research and potentially impact health outcomes for  individuals at risk for melanoma. It provides users with a visual reference point and will show how moles change and grow; rapid change or growth may indicate malignancy. Mole Mapper also reminds users to re-check moles regularly. By sharing mole images over a long period of time, researchers may be able to develop new ways of evaluating moles and hopefully in the future, tell users if they need to see a doctor or have a mole removed.

ResearchStack is currently in beta (sign up here) and set to launch publicly on April 14th. Research Stack Gets A Mention By The White House 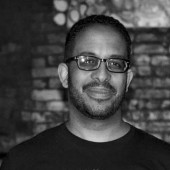